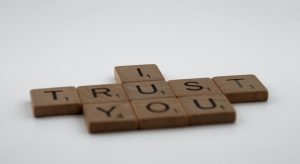 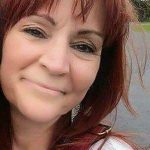 We have all heard teachings on different kinds of faith, right? It’s been said our faith could be weak or strong, pure or little, even negated. While these adjectives may be appropriate in certain instances, they refer to our expression of faith in relation to how we see ourselves. This can often take our focus off who and what our faith is in.

Mark 11;22- “Have faith in God, for assuredly I say unto you, whoever says to this mountain, Be removed and be cast into the sea and does not doubt in his heart, but believes that those things he says will come to pass, he will have what he says”. This is one of the most popular quotes when it comes to faith, but we seem to rush through that first line. Jesus did not start His teaching pointing towards us, but to the source.

Our Faith is in God, His Power, His Promise and His reputation; not in us. That’s why we can speak to the mountain and make it move. In John 5:19, Jesus said that He couldn’t do anything by himself, but only what He saw the father do. Then He said in John 15:5, that without Him, we can do nothing. There is an order of authority that we need to recognize. Through relationship. Jesus knew what the will of the father was, so when the father instructed Him to do something, He did it, knowing He had the authority to back him up. Likewise, through relationship with Jesus, we can know the will of God and exercise it with that same authority.

Jesus said in John 14:12- “Most assuredly, I say to you, he who believes in me, the works that I do he will do also; and greater works than these he will do, because I go to my father. To believe in Jesus means to believe that He was, as Hebrews 1:3 says… “The express image of God”; representing Him fully in all things. He was God, yet fully man like us. He put aside His Deity yet did great miracles because he was empowered by the Holy Spirit. That same Holy Spirit was made available to us on the day of Pentecost.

I John 4:17 says…”as He is so are we in this world’. We take our authority and stand on these promises based on the character of the one who gave us that authority and made those promises. It is not about us. Instead, it is about the fact that as God commissioned Jesus to do a job and equipped Him with what he needed to do it, so Jesus has passed that job onto us, equipping us in the same way.

Relationship is the key here, knowing our God through Knowing the Son, Jesus Christ. Say your best friend gave you her credit card and asked you to pick up a costly purchase for her because she was out of town. Would you sit and wonder if the card was going to work? Would you check her bank account first? No, of course not. Based on the relationship and history you have with your friend, you would do what she asked, assuming quite naturally that the purchase would be successful. That is how it should be with us. Jesus has given us His “Credit Card” as it were. He said in Matthew 28:18- “All authority has been given to Me in heaven and on earth. His account is fully stocked, and He will always back you up. Jesus prayed in John 17:22-that we would be one with Him and the Father.  If we can receive this truth, it doesn’t matter where we feel our faith level is because it’s the Christ in us that will make those mountains move.

The song “I heard the bells on Christmas day” was originally a poem penned by Henry Wadsworth Longfellow in 1863. Longfellow, having suffered much tragedy in his life, wrote the song as a testament to the resilience of the human spirit. It was put to music in 1872 and has become a regular among our […]

Do you know why you were created? Upon hearing the biblical account of creation, a common question is, why did God create human beings if they knew they were going to mess up? This answer, I think, is easier understood by those of us that have children. We have children out of a desire to […]

YOUR SINS ARE FORGIVEN! ALL OF THEM!

Did you know that this is true for all people, not just the ones in church?2 Corinthians 5:19 says “For God was in Christ, reconciling the world to himself, no longer counting their sins against them”. It says the world’s sins, not just believers. All sin has been paid for, past, present, and future; for every […]